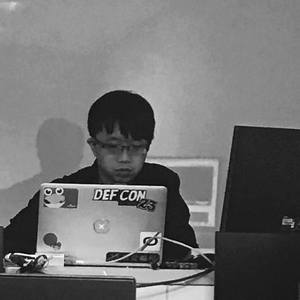 Angelboy is a member of chroot and HITCON CTF team. He is researching in binary exploitation, especially in heap related exploitation. He participated in a lot of CTF, such as HITB、DEFCON、Boston key party, won 2nd in DEFCON CTF 25,27 and won 1st in Boston key party 2016, 2017 with HTICON CTF Team. He is also a speaker at conferences such as HITCON, VXCON, AVTokyo, HITB GSEC. 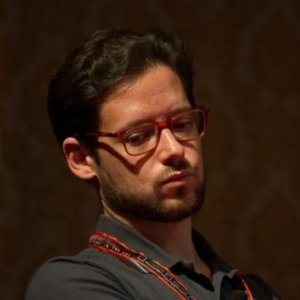 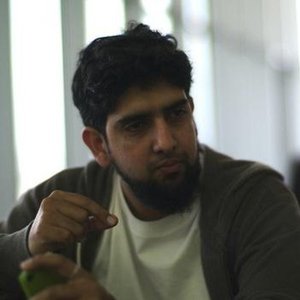 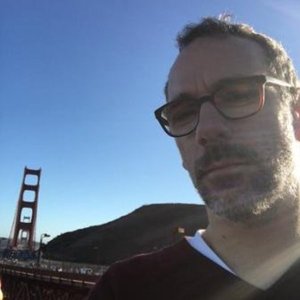 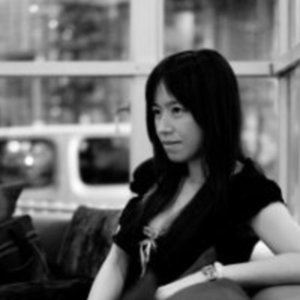 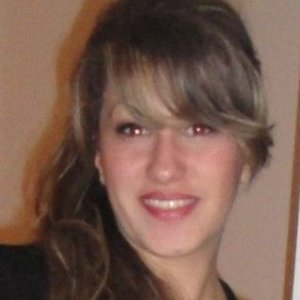 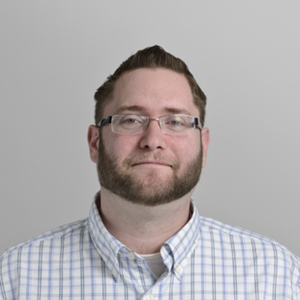 Itzik Kotler is CTO and Co-Founder of SafeBreach. Itzik has more than a decade of experience researching and working in the computer security space. He is a recognized industry speaker, having spoken at DEFCON, Black Hat USA, Hack In The Box, RSA, CCC and H2HC. Prior to founding SafeBreach, Itzik served as CTO at Security-Art, an information security consulting firm, and before that he was SOC Team Leader at Radware. (NASDQ: RDWR). 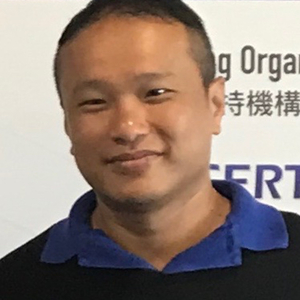 Captain is an independent security researcher. He focus on hardware analysis and forensics researches. He was the first and the only one Asian who was leading a group of white-hat hackers to held an in-depth and hands-on hardware hacking village in Defcon. He was also a frequent speaker and trainer in different top-level security conference likes HITB, CodeBlue and HITCON. 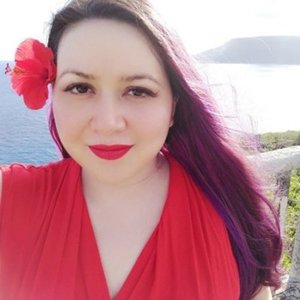 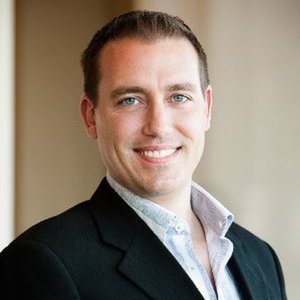 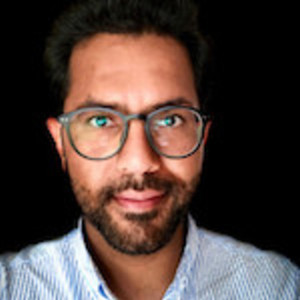 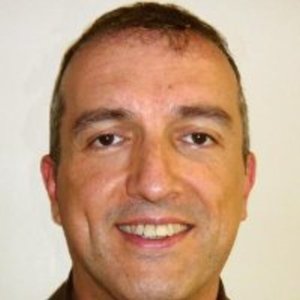 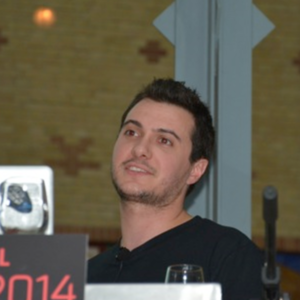 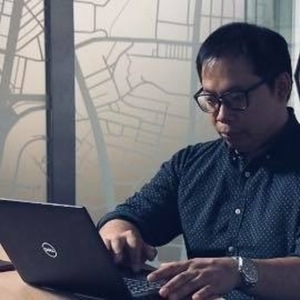 + Recently, I dive into browser exploitation and fuzzing.

Dr. Marco Balduzzi holds a Ph.D. in applied security from Télécom ParisTech and a M.Sc. in computer engineering from the University of Bergamo. His interests concern all aspect of computer security, with particular emphasis on real problems that affect systems and networks. Some topics of interest are web and browser security, code analysis, malware detection, cybercrime, online privacy, and threats in the IoT space.

He has been involved in IT security for over 10 years with international experiences in both industry and academia. With previous experience as security consultant and engineer, he is now a full-time research scientist at Trend Micro.

With over 30 talks in major security events like BH and HITB, he is considered a veteran speaker. His work has been published in the proceedings of top peer-reviewed conferences like NDSS, RAID and ACSAC, and featured by distinguished media like Forbes, The Register, Slashdot, InfoWorld, DarkReading, BBC and CNN. He now sits in the review board of conferences, including HITB, OWASP, eCrime, DIMVA and IEEE journals. 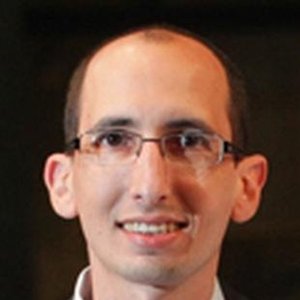 One of the founders of the SW security organization, led SGX (aka Secure Enclave) security (incl BIOS Guard, Boot Guard and others) and worked on PIN dynamic binary instrumentation engine. At PAN (and Cyvera) I headed the endpoint product line and was involved in the creation of PAN centralized cloud and ML. At HeXponent I developed techniques for network analysis using side-channel information. At First Group I worked on key security, custody services, algo-trading, cryptocurrency security. Current startup still in stealth. 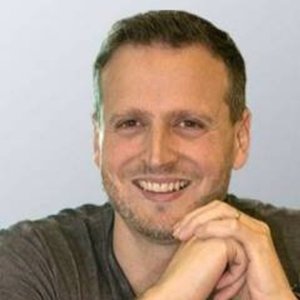 Cesar Cerrudo is CTO for IOActive Labs, where he leads the team in producing ongoing, cutting-edge research in areas including Industrial Control Systems/SCADA, Smart Cities, IoT, Robots, and software and mobile device security. Cesar is a world-renowned cyber security researcher with more than 15 years of experience.

Throughout his career, Cesar is credited with discovering and helping to eliminate dozens of vulnerabilities in leading applications including Microsoft SQL Server, Oracle database server, IBM DB2, Microsoft Windows, to name a few. He has a record of finding more than 50 vulnerabilities in Microsoft products including 20 in Microsoft Windows operating systems. Based on his unique research, Cesar has authored white papers about cyber security problems, attacks and exploitation techniques in different widely used technology. He has presented at a variety of events around the world including Microsoft, Intel, Black Hat, Bellua, CanSecWest, EuSecWest, WebSec, HITB, Microsoft BlueHat, EkoParty, FRHACK, H2HC, Infiltrate, 8.8, Hackito Ergo Sum, NcN, Segurinfo, RSA, and DEF CON.

He started Securing Smart Cities (http://www.securingsmartcities.org), a non profit initiative to make cities around the world safer, after he found that most Smart City technologies are vulnerable to cyber attacks.

Cesar collaborates with and is regularly quoted in print and online publications. His research has been covered by Wired, Bloomberg Businessweek, TIME, The Guardian, CNN, NBC, BBC, Fox News, The New York Times, New Scientist, Washington Post, Financial Times, The Wall Street Journal, and so on. 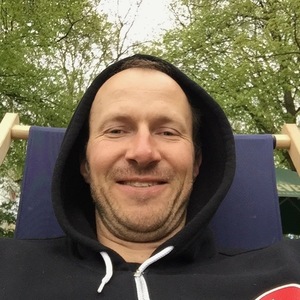 Saumil is the founder and CEO of Net Square, providing cutting edge information security services to clients worldwide. Saumil is an internationally recognized conference speaker and instructor for over 19 years. He is also the co-developer of the wildly successful "Exploit Laboratory" courses and authored two books titled "Web Hacking: Attacks and Defense" and "The Anti-Virus Book".

Saumil holds an M.S. in Computer Science from Purdue University, USA and a B.E. in Computer Engineering from Gujarat University. He spends his leisure time playing Pacman, flying kites, traveling around the world and taking pictures. 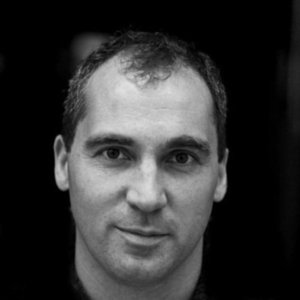 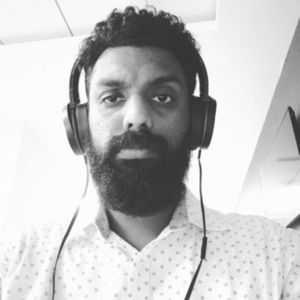 Abhijith, also known by the pseudonym Abx has more than a decade of experience in the Information and Cyber Security domain. Currently leading offensive security operations for a global FinTech company. Formerly the Deputy Manager - Cyber Security at Nissan Motor Corporation, previously employed with EY as a senior security analyst.

He is the founder and organizer of Adversary Village at DEFCON (https://adversaryvillage.org/) which actively organizes hacking villages and CTF competitions, also acts as the Lead Organizer of an official DEFCON Group (https://dc0471.org/). He has recently started running https://tacticaladversary.io/ project. 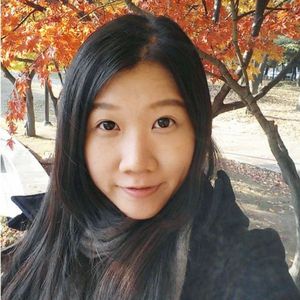 Chi-en Shen (Ashley) is a security engineer at Google Threat Analysis Group, where she focuses on threat intelligence research. She specializes in threat hunting, malware analysis, reverse engineering, and targeted attack analysis. Prior to Google, Ashley worked as a senior security researcher at FireEye. Ashley is also the co-founder of Team T5, where she served as a senior analyst for 4 years. For supporting women in InfoSec, Ashley co-founded “HITCON GIRLS” – the first security community for women in Taiwan. She is also a regular speaker at international security conferences, including Black Hat, FIRST, HITB GSEC, CODE BLUE, Troopers, HITCON, Confidence, RESET…etc. Beside Black Hat Asia, Ashley also serves in the review board of Blue Hat Shanghai and Hack in the Box conferences. 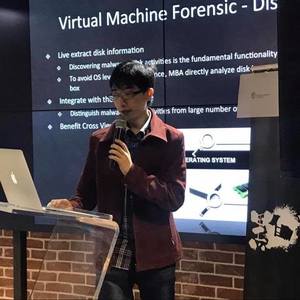 Chung-Kuan Chen is currently a senior researcher in Cycraft, and responses for organizing their research team. He earned his PHD degree of Computer Science and Engineering from National Chiao-Tung University (NCTU). His research focuses on network attack and defense, machine learning, software vulnerability, malware and program analysis. He tries to utilize machine learning to assist malware analysis and vulnerability discovery, and build automatic attack and defense systems. He has published several academic journal and conference papers, and has involved in many large research projects from digital forensic, incident response and malware analysis. He also dedicates to security education. Founding of NCTU hacker research clubs, he trains students to participate world-class security contests, and has experience of participating DEFCON CTF (2016 in HITCON Team and 2018 as coach in BFS team). Besides, he has presented technical presentations in non-academic technique conferences, such as HITCON, RootCon, CodeBlue OpenTalk, FIRST and VXCON. As an active member in Taiwan security community, he is in the review committee of HITCON conference, and ex-chief of CHROOT - the top private hacker group in Taiwan. He organized BambooFox Team to join some bug bounty projects and discover some CVEs in COTS software and several vulnerabilities in campus websites. 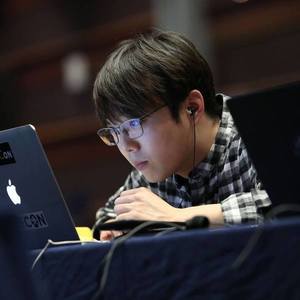 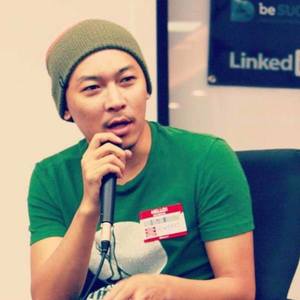 I’ve involved with cybersecurity for the past 20+ years.

Our KU SANE Lab., first established in 2011, has demonstrated the possibility of hacking on smart TVs for the first time in Black Hat in 2013, and received 'world-first' Common Criteria EAL2 certification for home appliances (smart TV) with LG electronics in 2017.

We are currently working with the military sector to develop security test and evaluation technology for military weapon systems such as drone, and also, in every year, we hold an international hacking conference called SECUINSIDE with HARU. 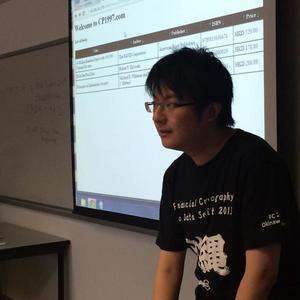 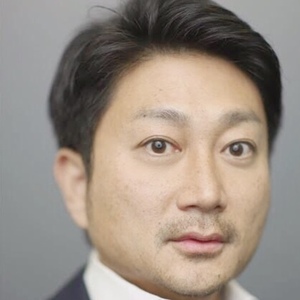 Mr. Hikohiro Lin was born in Kobe City of Japan.
After finishing his master at George Mason University in Virginia USA, he has joined Panasonic and started as an IoT security researcher since 2003.
Since then he has spent 15 years mainly focused on the IoT security field.
Until now, Hikohiro is the Head of Panasonic PSIRT, leading product security activities such as making a red team for testing IoT devices and making guidelines and product-focused security incident responses at Panasonic.
Also,He has received (ISC)² ISLA(Information Security Leadership Achievement)APAC Senior Information Security Professional 2018 Showcased Honoree and Community Service Star. 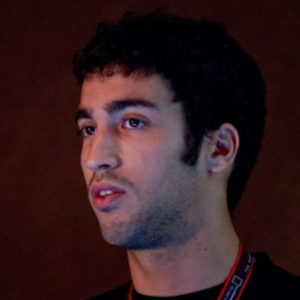 An innate hacker with a passion for detecting code vulnerabilities, Zuk started his career as a security researcher in the IDF before being recruited by Samsung Electronics, where he published the first return-oriented programming technique for ARM architecture at DEFCON and Blackhat. His security work has been the subject of academic research and is often quoted in leading publications such as Forbes, MIT Technology Review, TIMES and Engadget.

Zuk’s first company, Zimperium has earned innovation awards and is considered the leader in Mobile Threat Defense. Since its foundation, Zimperium raised ~$100m in capital from top-tier investors, and helped many Fortune 500 companies to secure their mobile fleet.

In July 2017, Zuk started his second entrepreneurial journey, with ZecOps, Inc. ZecOps is considered as a leader in mobile DFIR. ZecOps technology is widely used by world-leading governments, journalists, and MSPs. 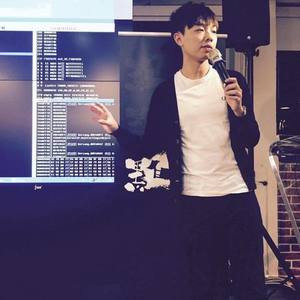 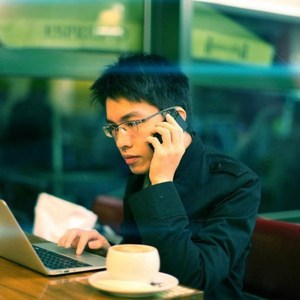 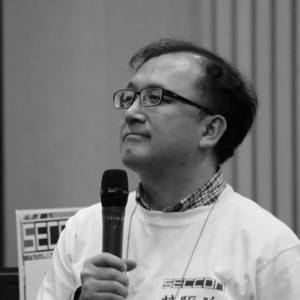 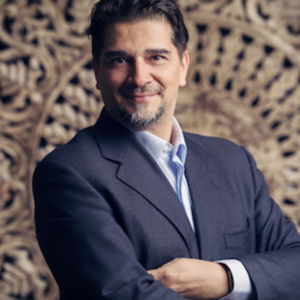 Andrea Zapparoli Manzoni manages Crowdfense Limited, which he designed in 2017 with a multidisciplinary team of ethical hackers, lawyers and vulnerability researchers.

Mazoni studied political science and international relations in Milan and at U.C. Berkeley while hacking his first computers out of passion and curiosity in the late ‘80s and early ‘90s. After that, he attended Italian military school, where he became an assault infantry officer (C.C.).

He developed a strong focus on active cyber-defense and information warfare starting in 2010. From 2012 to 2014, he was a member of the National Security Observatory within the Military Centre for Strategic Studies in Rome, which paved the way for the development of the Italian National Cyber Strategy (2013).

Since 2012, he has served as a board member of Clusit (Italian ICT Security Association). In 2011, he started an in-depth analysis of the most severe national and international cyber-attacks (researching and classifying more than 7,700 attacks over 84 months). This work is published in Clusit’s yearly “Report on ICT Security.” To his great surprise, over the last seven years, this research has become a reference for private and public organizations in Italy and abroad.

He is also the author of many cyber-security guidelines and best practices, including Italy’s “National Cybersecurity Framework” and ENISA “Cyber Security and Resilience for Smart Hospitals.” His depth of experience drove the design, management and launch of Crowdfense — the world’s most advanced Vulnerability Research Hub.